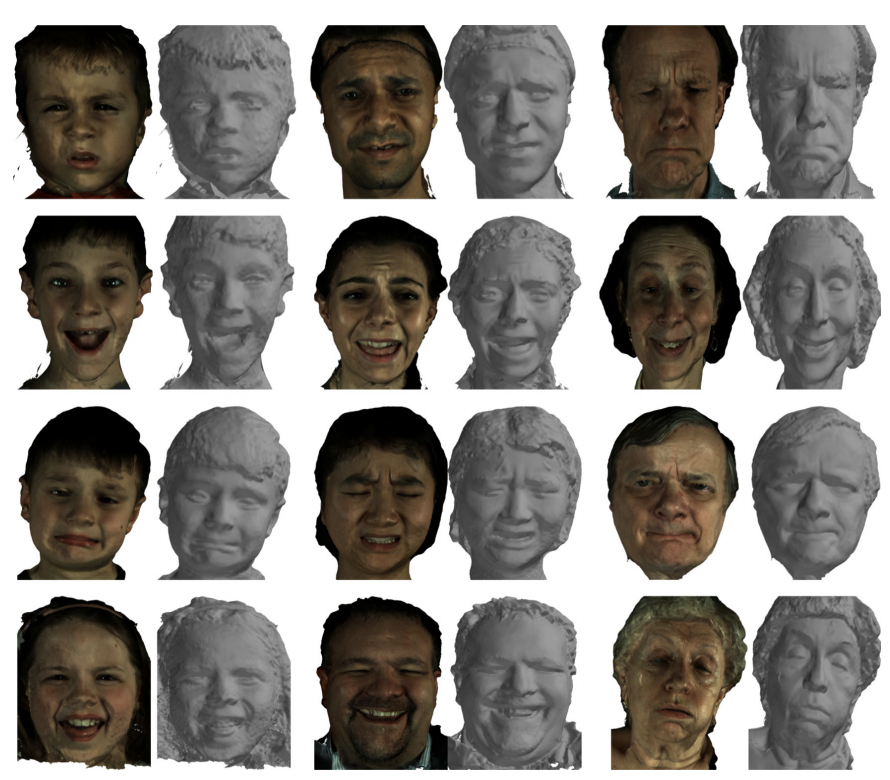 4DFAB is a large scale database of dynamic high-resolution 3D faces which consists of recordings of 180 subjects captured in four different sessions spanning over a five-year period (2012 - 2017), resulting in a total of over 1,800,000 3D meshes. It contains 4D videos of subjects displaying both spontaneous and posed facial behaviours. The database can be used for both face and facial expression recognition, as well as behavioural biometrics. It can also be used to learn very powerful blendshapes for parametrising facial behaviour.