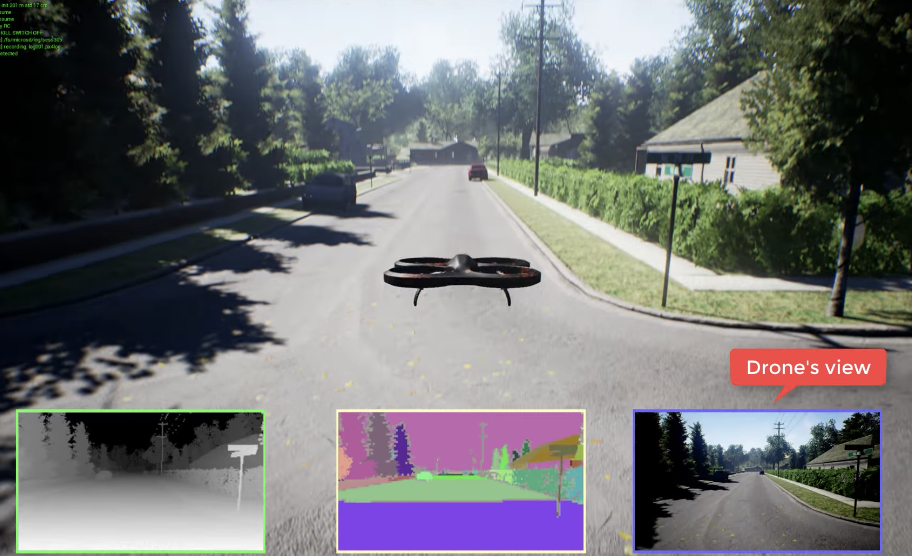 AirSim is a simulator for drones, cars and more, built on Unreal Engine. It is open-source, cross platform, and supports software-in-the-loop simulation with popular flight controllers such as PX4 & ArduPilot and hardware-in-loop with PX4 for physically and visually realistic simulations. It is developed as an Unreal plugin that can simply be dropped into any Unreal environment. Similarly, there exists an experimental version for a Unity plugin.