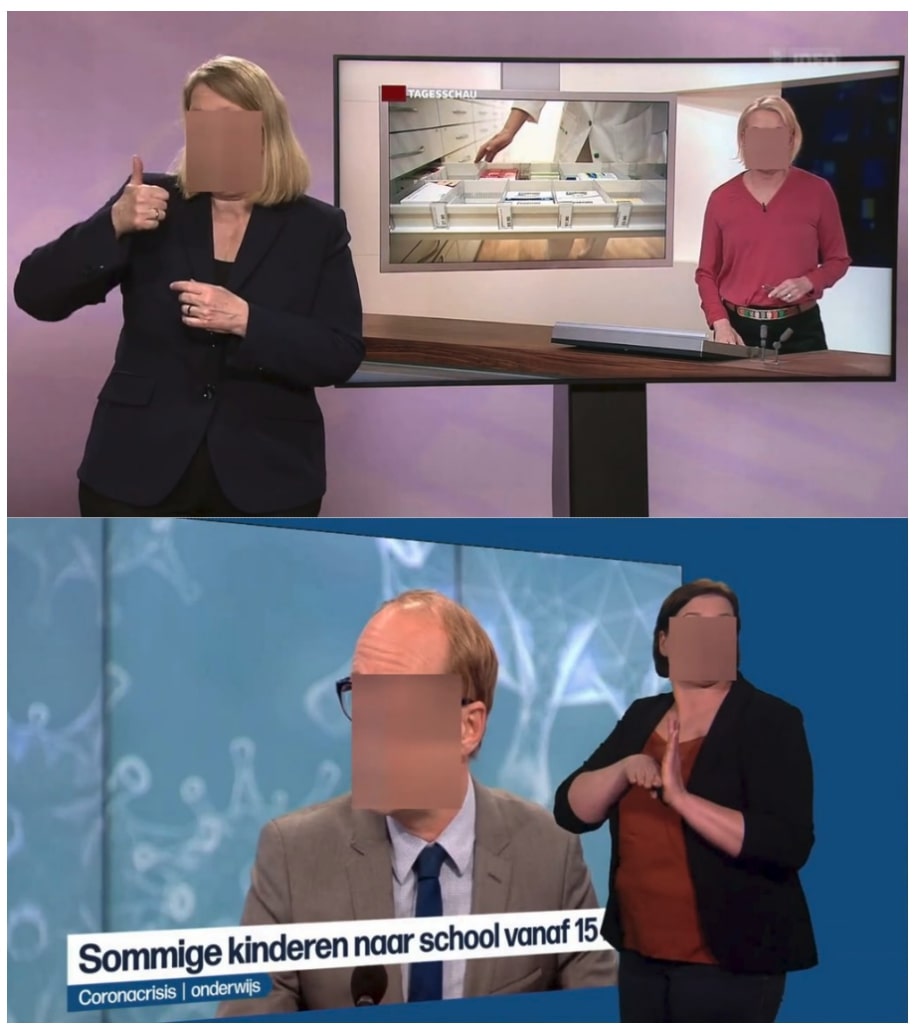 A subset from each base dataset was selected and manually annotated to align spoken language subtitles and sign language interpretations. The subset selection was done to resemble the benchmark Phoenix 2014T dataset. Our aim is for these three new annotated public datasets, namely 4) SWISSTXT-NEWS, 5) SWISSTXT-WEATHER and 6) VRT-NEWS to become benchmarks and underpin future research as the field moves closer to translation and production on larger domains of discourse.