Introduced by Xia et al. in DOTA: A Large-scale Dataset for Object Detection in Aerial Images 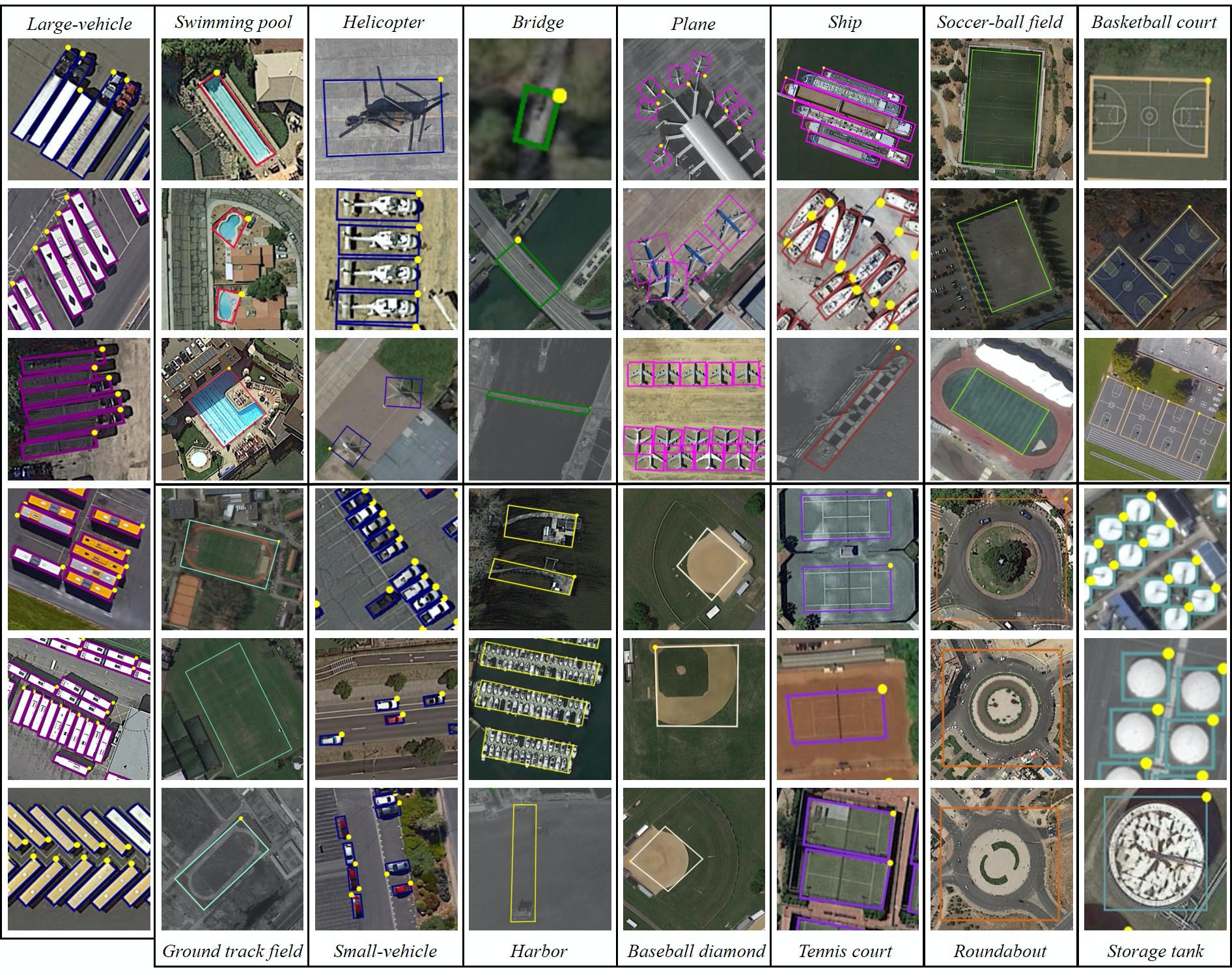 DOTA is a large-scale dataset for object detection in aerial images. It can be used to develop and evaluate object detectors in aerial images. The images are collected from different sensors and platforms. Each image is of the size in the range from 800 × 800 to 20,000 × 20,000 pixels and contains objects exhibiting a wide variety of scales, orientations, and shapes. The instances in DOTA images are annotated by experts in aerial image interpretation by arbitrary (8 d.o.f.) quadrilateral. We will continue to update DOTA, to grow in size and scope to reflect evolving real-world conditions. Now it has three versions:

DOTA-v1.5 uses the same images as DOTA-v1.0, but the extremely small instances (less than 10 pixels) are also annotated. Moreover, a new category, ”container crane” is added. It contains 403,318 instances in total. The number of images and dataset splits are the same as DOTA-v1.0. This version was released for the DOAI Challenge 2019 on Object Detection in Aerial Images in conjunction with IEEE CVPR 2019.

DOTA-v2.0 collects more Google Earth, GF-2 Satellite, and aerial images. There are 18 common categories, 11,268 images and 1,793,658 instances in DOTA-v2.0. Compared to DOTA-v1.5, it further adds the new categories of ”airport” and ”helipad”. The 11,268 images of DOTA are split into training, validation, test-dev, and test-challenge sets. To avoid the problem of overfitting, the proportion of training and validation set is smaller than the test set. Furthermore, we have two test sets, namely test-dev and test-challenge. Training contains 1,830 images and 268,627 instances. Validation contains 593 images and 81,048 instances. We released the images and ground truths for training and validation sets. Test-dev contains 2,792 images and 353,346 instances. We released the images but not the ground truths. Test-challenge contains 6,053 images and 1,090,637 instances.