Introduced by Eisenschlos et al. in Fool Me Twice: Entailment from Wikipedia Gamification 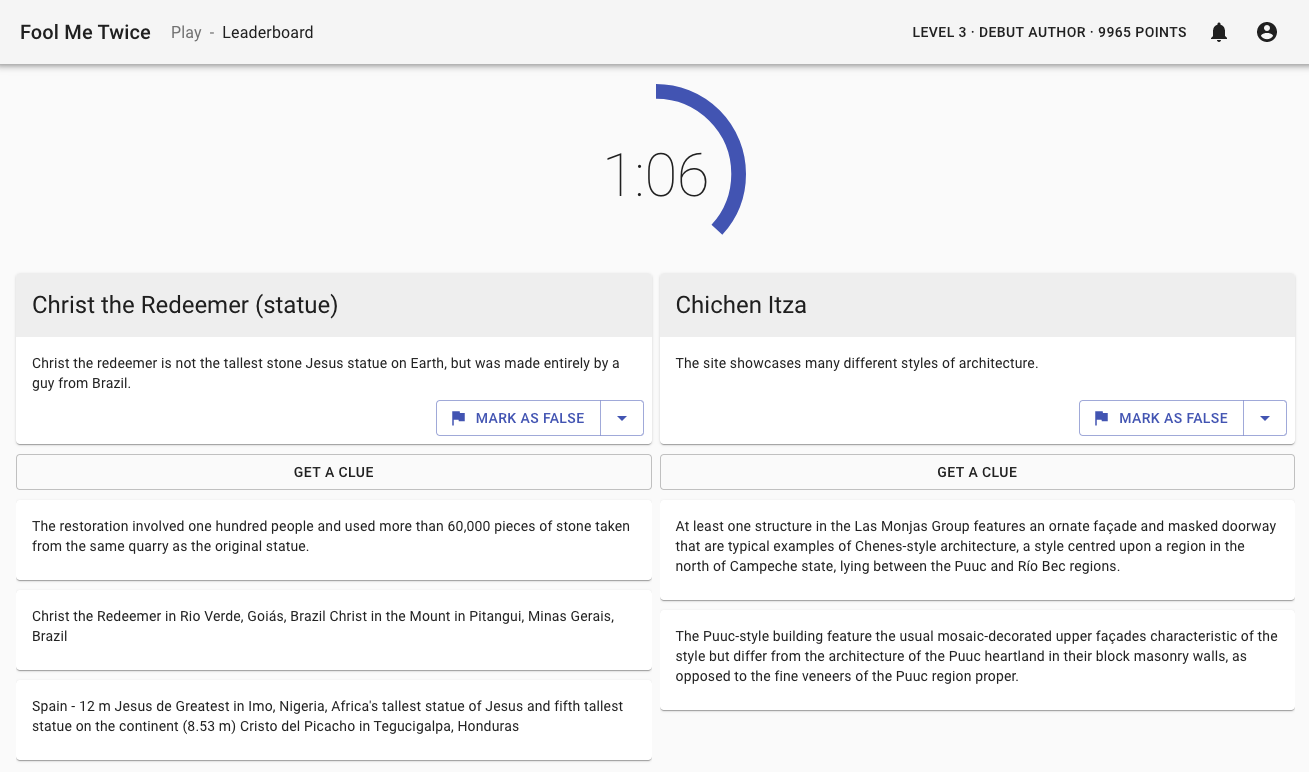 FoolMeTwice (FM2 for short) is a large dataset of challenging entailment pairs collected through a fun multi-player game. Gamification encourages adversarial examples, drastically lowering the number of examples that can be solved using "shortcuts" compared to other popular entailment datasets. Players are presented with two tasks. The first task asks the player to write a plausible claim based on the evidence from a Wikipedia page. The second one shows two plausible claims written by other players, one of which is false, and the goal is to identify it before the time runs out. Players "pay" to see clues retrieved from the evidence pool: the more evidence the player needs, the harder the claim. Game-play between motivated players leads to diverse strategies for crafting claims, such as temporal inference and diverting to unrelated evidence, and results in higher quality data for the entailment and evidence retrieval tasks.