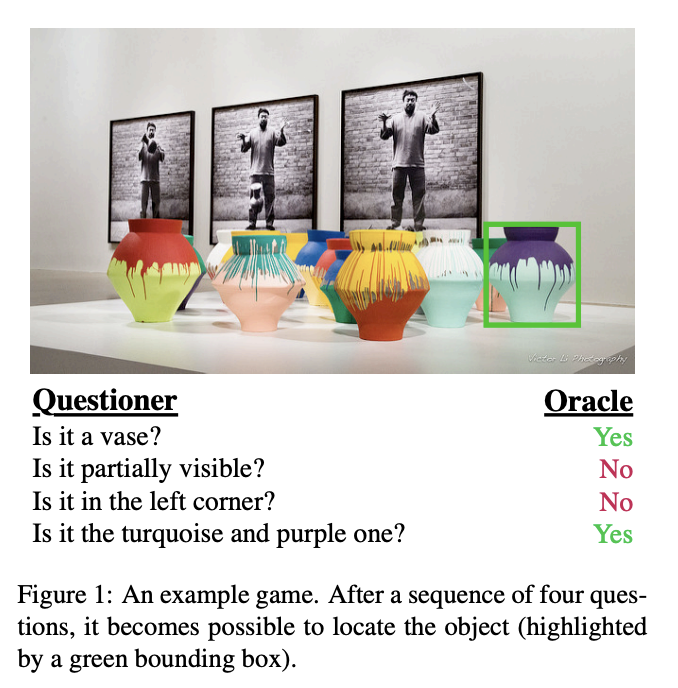 GuessWhat?! is a large-scale dataset consisting of 150K human-played games with a total of 800K visual question-answer pairs on 66K images.

GuessWhat?! is a cooperative two-player game in which both players see the picture of a rich visual scene with several objects. One player – the oracle – is randomly assigned an object (which could be a person) in the scene. This object is not known by the other player – the questioner – whose goal it is to locate the hidden object. To do so, the questioner can ask a series of yes-no questions which are answered by the oracle.