Introduced by Kemelmacher-Shlizerman et al. in The MegaFace Benchmark: 1 Million Faces for Recognition at Scale 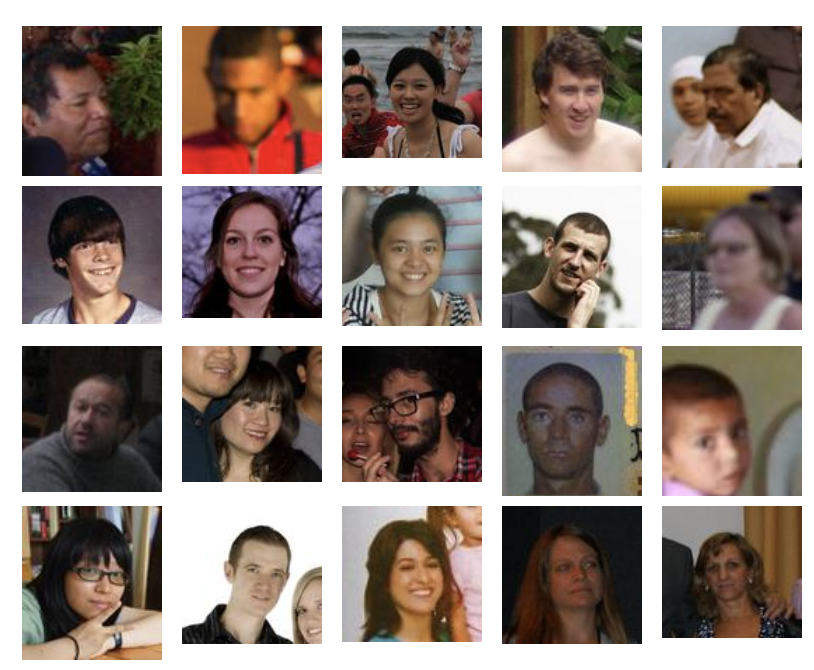 This dataset has been retracted and should not be used

MegaFace was a publicly available dataset which is used for evaluating the performance of face recognition algorithms with up to a million distractors (i.e., up to a million people who are not in the test set). MegaFace contains 1M images from 690K individuals with unconstrained pose, expression, lighting, and exposure. MegaFace captures many different subjects rather than many images of a small number of subjects. The gallery set of MegaFace is collected from a subset of Flickr. The probe set of MegaFace used in the challenge consists of two databases; Facescrub and FGNet. FGNet contains 975 images of 82 individuals, each with several images spanning ages from 0 to 69. Facescrub dataset contains more than 100K face images of 530 people. The MegaFace challenge evaluates performance of face recognition algorithms by increasing the numbers of “distractors” (going from 10 to 1M) in the gallery set. In order to evaluate the face recognition algorithms fairly, MegaFace challenge has two protocols including large or small training sets. If a training set has more than 0.5M images and 20K subjects, it is considered as large. Otherwise, it is considered as small.

NOTE: This dataset has been retired.