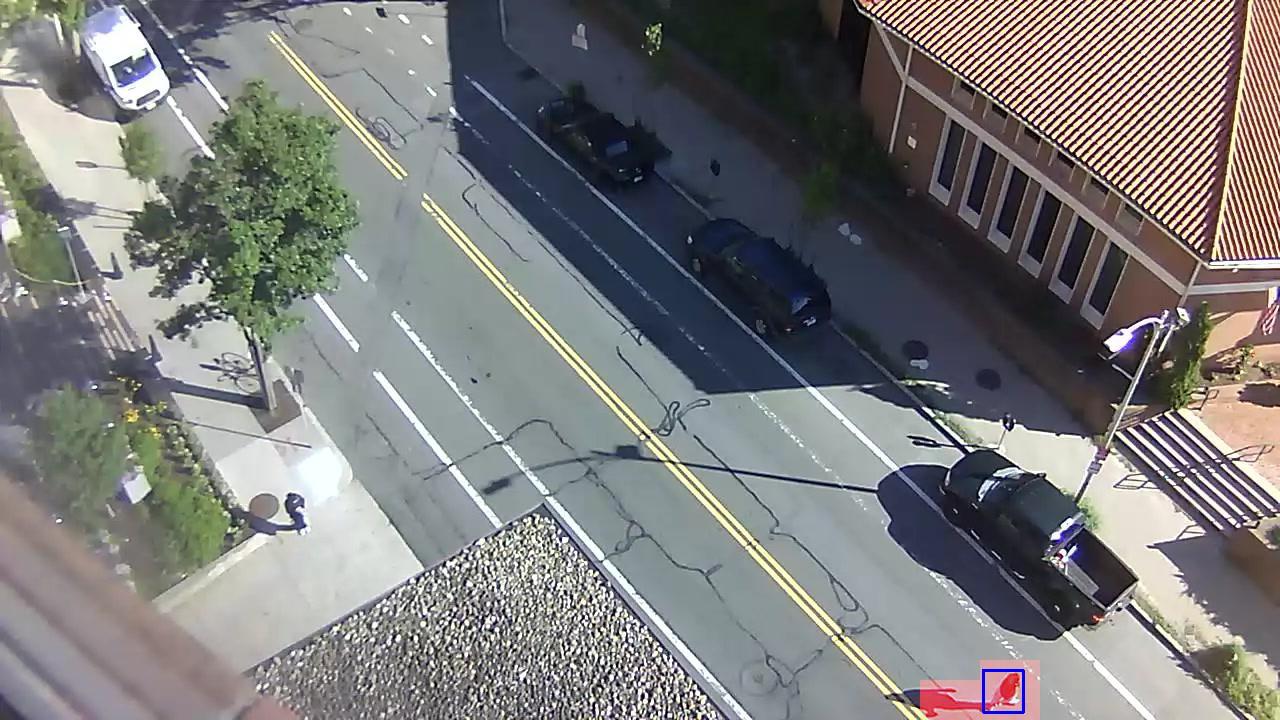 Street Scene is a dataset for video anomaly detection. Street Scene consists of 46 training and 35 testing high resolution 1280×720 video sequences taken from a USB camera overlooking a scene of a two-lane street with bike lanes and pedestrian sidewalks during daytime. The dataset is challenging because of the variety of activity taking place such as cars driving, turning, stopping and parking; pedestrians walking, jogging and pushing strollers; and bikers riding in bike lanes. In addition the videos contain changing shadows, moving background such as a flag and trees blowing in the wind, and occlusions caused by trees and large vehicles. There are a total of 56,847 frames for training and 146,410 frames for testing, extracted from the original videos at 15 frames per second. The dataset contains a total of 205 naturally occurring anomalous events ranging from illegal activities such as jaywalking and illegal U-turns to simply those that do not occur in the training set such as pets being walked and a metermaid ticketing a car.