DVD-GAN is a generative adversarial network for video generation built upon the BigGAN architecture.

The input to $G$ consists of a Gaussian latent noise $z \sim N\left(0, I\right)$ and a learned linear embedding $e\left(y\right)$ of the desired class $y$. Both inputs are 120-dimensional vectors. $G$ starts by computing an affine transformation of $\left[z; e\left(y\right)\right]$ to a $\left[4, 4, ch_{0}\right]$-shaped tensor. $\left[z; e\left(y\right)\right]$ is used as the input to all class-conditional Batch Normalization layers throughout $G$. This is then treated as the input (at each frame we would like to generate) to a Convolutional GRU.

This RNN is unrolled once per frame. The output of this RNN is processed by two residual blocks. The time dimension is combined with the batch dimension here, so each frame proceeds through the blocks independently. The output of these blocks has width and height dimensions which are doubled (we skip upsampling in the first block). This is repeated a number of times, with the output of one RNN + residual group fed as the input to the next group, until the output tensors have the desired spatial dimensions. 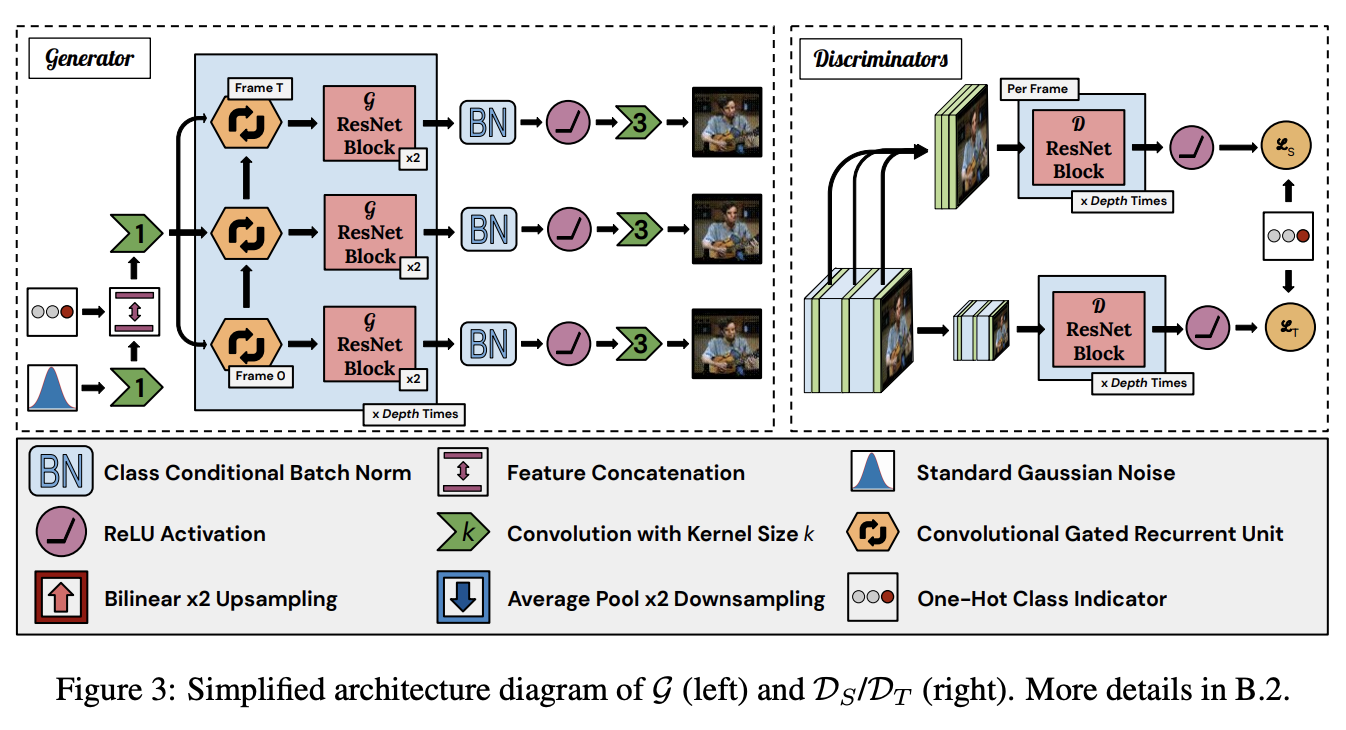