MIMIC-III (‘Medical Information Mart for Intensive Care’) is a large, single-center database comprising information relating to patients admitted to critical care units at a large tertiary care hospital. Data includes vital signs, medications, laboratory measurements, observations and notes charted by care providers, fluid balance, procedure codes, diagnostic codes, imaging reports, hospital length of stay, survival data, and more. The database supports applications including academic and industrial research, quality improvement initiatives, and higher education coursework. In recent years there has been a concerted move towards the adoption of digital health record systems in hospitals. In the US, for example, the number of non-federal acute care hospitals with basic digital systems increased from 9.4 to 75.5% over the 7-year period between 2008 and 2014 (ref. 1). Despite this advance, interoperability of digital systems remains an open issue, leading to challenges in data integration. As a result, the potential that hospital data offers in terms of understanding and improving care is yet to be fully realized. In parallel, the scientific research community is increasingly coming under criticism for the lack of reproducibility of studies2. Here we report the release of the MIMIC-III database, an update to the widely-used MIMIC-II database (Data Citation 1). MIMIC-III integrates de-identified, comprehensive clinical data of patients admitted to the Beth Israel Deaconess Medical Center in Boston, Massachusetts, and makes it widely accessible to researchers internationally under a data use agreement (Fig. 1). The open nature of the data allows clinical studies to be reproduced and improved in ways that would not otherwise be possible. 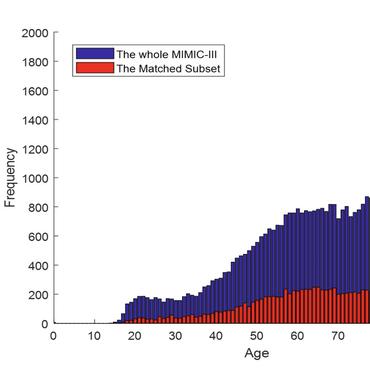 Introduced in the Paper: