Here, we consider the general problem of FCR control in the online setting, where there is an infinite sequence of fixed unknown parameters ordered by time.

Faster online calibration without randomization: interval forecasts and the power of two choices

We study the problem of making calibrated probabilistic forecasts for a binary sequence generated by an adversarial nature.

We construct filters that match the tightness of advanced composition, including constants, despite allowing for adaptively chosen privacy parameters.

Sequential changepoint detection is a classical problem with a variety of applications.

Rasines and Young (2021) offers an alternative route of accomplishing this task through randomization of $X$ with additive Gaussian noise which enables post-selection inference in finite samples for Gaussian distributed data and asymptotically for non-Gaussian additive models. 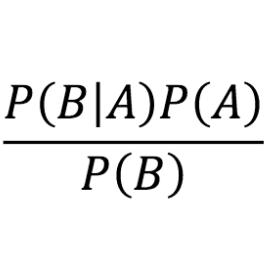 We consider a variant of the best arm identification (BAI) problem in multi-armed bandits (MAB) in which there are two sets of arms (source and target), and the objective is to determine the best target arm while only pulling source arms. 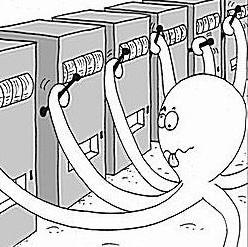 When deployed in the real world, machine learning models inevitably encounter changes in the data distribution, and certain -- but not all -- distribution shifts could result in significant performance degradation.

Consider two or more forecasters, each making a sequence of predictions for different events over time.

In bandit multiple hypothesis testing, each arm corresponds to a different null hypothesis that we wish to test, and the goal is to design adaptive algorithms that correctly identify large set of interesting arms (true discoveries), while only mistakenly identifying a few uninteresting ones (false discoveries).

We present a unified technique for sequential estimation of convex divergences between distributions, including integral probability metrics like the kernel maximum mean discrepancy, $\varphi$-divergences like the Kullback-Leibler divergence, and optimal transport costs, such as powers of Wasserstein distances.

Piggybacking on recent progress in addressing label shift (for better prediction), we examine the right way to achieve UQ by reweighting the aforementioned conformal and calibration procedures whenever some unlabeled data from the target distribution is available.

Simultaneous inference allows for the exploration of data while deciding on criteria for proclaiming discoveries.

We develop confidence bounds that hold uniformly over time for off-policy evaluation in the contextual bandit setting.

This often leads to different inference procedures, depending on the assumptions about the dimensionality, leaving the practitioner in a bind: given a dataset with 100 samples in 20 dimensions, should they calibrate by assuming $n \gg d$, or $d_n/n \approx 0. 2$?

This statistical advance is enabled by the development of new algorithmic ideas: earlier algorithms are more "static" while our new ones allow for the dynamical adjustment of testing levels based on the amount of wealth the algorithm has accumulated.

This paper derives confidence intervals (CI) and time-uniform confidence sequences (CS) for the classical problem of estimating an unknown mean from bounded observations.

We study three notions of uncertainty quantification -- calibration, confidence intervals and prediction sets -- for binary classification in the distribution-free setting, that is without making any distributional assumptions on the data.

Conditional independence testing is an important problem, yet provably hard without assumptions.

There is a necessary cost to achieving robustness: if the prior was correct, posterior GP bands are narrower than our CS.

Confidence sequences for sampling without replacement

We then present Hoeffding- and empirical-Bernstein-type time-uniform CSs and fixed-time confidence intervals for sampling WoR, which improve on previous bounds in the literature and explicitly quantify the benefit of WoR sampling.

We propose the distilled CRT, a novel approach to using state-of-the-art machine learning algorithms in the CRT while drastically reducing the number of times those algorithms need to be run, thereby taking advantage of their power and the CRT's statistical guarantees without suffering the usual computational expense.

On the power of conditional independence testing under model-X

For testing conditional independence (CI) of a response Y and a predictor X given covariates Z, the recently introduced model-X (MX) framework has been the subject of active methodological research, especially in the context of MX knockoffs and their successful application to genome-wide association studies.

On conditional versus marginal bias in multi-armed bandits

The bias of the sample means of the arms in multi-armed bandits is an important issue in adaptive data analysis that has recently received considerable attention in the literature.

Constructing tests and confidence sets for such models is notoriously difficult.

The Power of Batching in Multiple Hypothesis Testing

One important partition of algorithms for controlling the false discovery rate (FDR) in multiple testing is into offline and online algorithms.

We derive bounds on the path length $\zeta$ of gradient descent (GD) and gradient flow (GF) curves for various classes of smooth convex and nonconvex functions.

We propose confidence sequences -- sequences of confidence intervals which are valid uniformly over time -- for quantiles of any distribution over a complete, fully-ordered set, based on a stream of i. i. d.

Are sample means in multi-armed bandits positively or negatively biased?

It is well known that in stochastic multi-armed bandits (MAB), the sample mean of an arm is typically not an unbiased estimator of its true mean.

Predictive inference with the jackknife+

This paper introduces the jackknife+, which is a novel method for constructing predictive confidence intervals.

We extend conformal prediction methodology beyond the case of exchangeable data.

We present an extension of the Kolmogorov-Smirnov (KS) two-sample test, which can be more sensitive to differences in the tails.

We consider the problem of distribution-free predictive inference, with the goal of producing predictive coverage guarantees that hold conditionally rather than marginally.

On the bias, risk and consistency of sample means in multi-armed bandits

For example, when is it consistent, how large is its bias, and can we bound its mean squared error?

We consider the problem of asynchronous online testing, aimed at providing control of the false discovery rate (FDR) during a continual stream of data collection and testing, where each test may be a sequential test that can start and stop at arbitrary times.

A confidence sequence is a sequence of confidence intervals that is uniformly valid over an unbounded time horizon.

In this paper, we show that the entire path of rejection sets considered by a variety of existing FDR procedures (like BH, knockoffs, and many others) can be endowed with simultaneous high-probability bounds on FDP.

SAFFRON: an adaptive algorithm for online control of the false discovery rate

However, unlike older methods, SAFFRON's threshold sequence is based on a novel estimate of the alpha fraction that it allocates to true null hypotheses.

Online control of the false discovery rate with decaying memory

In the online multiple testing problem, p-values corresponding to different null hypotheses are observed one by one, and the decision of whether or not to reject the current hypothesis must be made immediately, after which the next p-value is observed.

DAGGER: A sequential algorithm for FDR control on DAGs

We propose a linear-time, single-pass, top-down algorithm for multiple testing on directed acyclic graphs (DAGs), where nodes represent hypotheses and edges specify a partial ordering in which hypotheses must be tested.

We propose an alternative framework to existing setups for controlling false alarms when multiple A/B tests are run over time.

There is a significant literature on methods for incorporating knowledge into multiple testing procedures so as to improve their power and precision.

In this context, the MMD may be used in two roles: first, as a discriminator, either directly on the samples, or on features of the samples.

Function-Specific Mixing Times and Concentration Away from Equilibrium

These results show that it is possible for empirical expectations of functions to concentrate long before the underlying chain has mixed in the classical sense, and we show that the concentration rates we achieve are optimal up to constants.

On kernel methods for covariates that are rankings

This paper studies the use of reproducing kernel Hilbert space methods for learning from permutation-valued features.

Together, these properties show that $p = d+1$ is an optimal choice, yielding a function estimate $\hat{f}$ that is both smooth and non-degenerate, while remaining maximally sensitive to $P$.

Classification accuracy as a proxy for two sample testing

We prove two results that hold for all classifiers in any dimensions: if its true error remains $\epsilon$-better than chance for some $\epsilon>0$ as $d, n \to \infty$, then (a) the permutation-based test is consistent (has power approaching to one), (b) a computationally efficient test based on a Gaussian approximation of the null distribution is also consistent.

Linear independence testing is a fundamental information-theoretic and statistical problem that can be posed as follows: given $n$ points $\{(X_i, Y_i)\}^n_{i=1}$ from a $p+q$ dimensional multivariate distribution where $X_i \in \mathbb{R}^p$ and $Y_i \in\mathbb{R}^q$, determine whether $a^T X$ and $b^T Y$ are uncorrelated for every $a \in \mathbb{R}^p, b\in \mathbb{R}^q$ or not.

In many practical applications of multiple hypothesis testing using the False Discovery Rate (FDR), the given hypotheses can be naturally partitioned into groups, and one may not only want to control the number of false discoveries (wrongly rejected null hypotheses), but also the number of falsely discovered groups of hypotheses (we say a group is falsely discovered if at least one hypothesis within that group is rejected, when in reality the group contains only nulls).

In this work, our central object is the Wasserstein distance, as we form a chain of connections from univariate methods like the Kolmogorov-Smirnov test, PP/QQ plots and ROC/ODC curves, to multivariate tests involving energy statistics and kernel based maximum mean discrepancy.

We formally characterize the power of popular tests for GDA like the Maximum Mean Discrepancy with the Gaussian kernel (gMMD) and bandwidth-dependent variants of the Energy Distance with the Euclidean norm (eED) in the high-dimensional MDA regime.

The new tests are consistent against a larger class of alternatives than the previous linear-time tests based on the (non-smoothed) empirical characteristic functions, while being much faster than the current state-of-the-art quadratic-time kernel-based or energy distance-based tests.

Sequential Nonparametric Testing with the Law of the Iterated Logarithm

It is novel in several ways: (a) it takes linear time and constant space to compute on the fly, (b) it has the same power guarantee as a non-sequential version of the test with the same computational constraints up to a small factor, and (c) it accesses only as many samples as are required - its stopping time adapts to the unknown difficulty of the problem.

This allows us to give guarantees for a primal-dual algorithm that halts in $\min\{\tfrac{\sqrt n}{|\rho|}, \tfrac{\sqrt n}{\epsilon}\}$ iterations with a perfect separator in the RKHS if the primal is feasible or a dual $\epsilon$-certificate of near-infeasibility.

An Analysis of Active Learning With Uniform Feature Noise

For larger $\sigma$, the \textit{unflattening} of the regression function on convolution with uniform noise, along with its local antisymmetry around the threshold, together yield a behaviour where noise \textit{appears} to be beneficial.

Rows vs Columns for Linear Systems of Equations - Randomized Kaczmarz or Coordinate Descent?

This paper is about randomized iterative algorithms for solving a linear system of equations $X \beta = y$ in different settings.

Towards A Deeper Geometric, Analytic and Algorithmic Understanding of Margins

Given a matrix $A$, a linear feasibility problem (of which linear classification is a special case) aims to find a solution to a primal problem $w: A^Tw > \textbf{0}$ or a certificate for the dual problem which is a probability distribution $p: Ap = \textbf{0}$.

This paper deals with the problem of nonparametric independence testing, a fundamental decision-theoretic problem that asks if two arbitrary (possibly multivariate) random variables $X, Y$ are independent or not, a question that comes up in many fields like causality and neuroscience.