In particular, we are importing methods from the Distributional Compositional Categorical (DisCoCat) modelling framework for Natural Language Processing (NLP), motivated by musical grammars.

Compositionality as we see it, everywhere around us

Inspired by work on compositionality in quantum theory, and categorical quantum mechanics in particular, we propose the notions of Schrodinger, Whitehead, and complete compositionality.

We also how how linguistic model of space can interact with other such models related to our senses and/or embodiment, such as the conceptual spaces of colour, taste and smell, resulting in a rich compositional model of meaning that is close to human experience and embodiment in the world.

Negation in natural language does not follow Boolean logic and is therefore inherently difficult to model.

How to make qubits speak

This is a story about making quantum computers speak, and doing so in a quantum-native, compositional and meaning-aware manner. 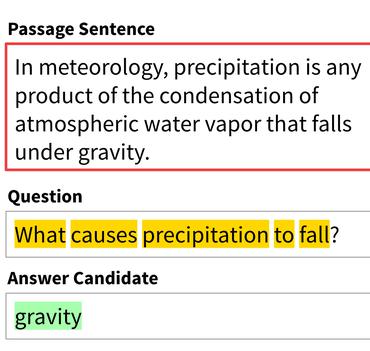 Reasoning about conscious experience with axiomatic and graphical mathematics

Diagrammatically speaking, grammatical calculi such as pregroups provide wires between words in order to elucidate their interactions, and this enables one to verify grammatical correctness of phrases and sentences.

Because QA4ML users have to view a non-trivial amount of data and perform many input actions to correct errors made by the ML model, an optimally-designed user interface (UI) can reduce the cost of interactions significantly.

QNLP in Practice: Running Compositional Models of Meaning on a Quantum Computer

Quantum Natural Language Processing (QNLP) deals with the design and implementation of NLP models intended to be run on quantum hardware.

Kindergarden quantum mechanics graduates (...or how I learned to stop gluing LEGO together and love the ZX-calculus)

This paper is a `spiritual child' of the 2005 lecture notes Kindergarten Quantum Mechanics, which showed how a simple, pictorial extension of Dirac notation allowed several quantum features to be easily expressed and derived, using language even a kindergartner can understand.

Natural language processing (NLP) is at the forefront of great advances in contemporary AI, and it is arguably one of the most challenging areas of the field.

We recall how the quantum model for natural language that we employ canonically combines linguistic meanings with rich linguistic structure, most notably grammar.

In this work, we describe a full-stack pipeline for natural language processing on near-term quantum computers, aka QNLP.

We introduce DisCoPy, an open source toolbox for computing with monoidal categories.

This result is of interest to quantum foundations, as it bridges the work in Categorical Quantum Mechanics (CQM) with that on conditional quantum states.

The Mathematics of Text Structure

While in DisCoCat all meanings are fixed as states (i. e. have no input), in DisCoCirc word meanings correspond to a type, or system, and the states of this system can evolve.

Categorical compositional distributional semantics (CCDS) allows one to compute the meaning of phrases and sentences from the meaning of their constituent words.

Proceedings of the 2018 Workshop on Compositional Approaches in Physics, NLP, and Social Sciences

Moreover, the interaction between the three disciplines of cognitive science, linguistics and game theory is a fertile ground for research.

We show how this approach can be generalized to conceptual space models of cognition.

We demonstrate the use of dual density operators within a grammatical-compositional distributional framework for natural language meaning.

We address the value of quantum RAM (Giovannetti, 2008) for this model and extend an algorithm from Wiebe, Braun and Lloyd (2012) into a quantum algorithm to categorize sentences in CSC. 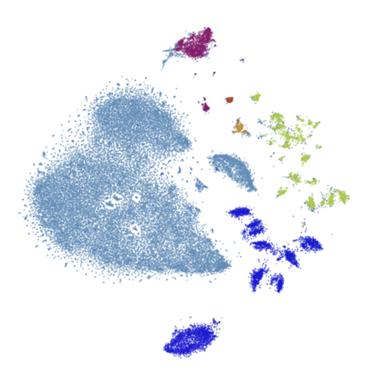 We propose applying the categorical compositional scheme of [6] to conceptual space models of cognition.

In this paper we argue for a paradigmatic shift from `reductionism' to `togetherness'.

Harmonic Grammar in a DisCo Model of Meaning

The model of cognition developed in (Smolensky and Legendre, 2006) seeks to unify two levels of description of the cognitive process: the connectionist and the symbolic.

In this paper we solve the problem of entailment for categorical compositional distributional semantics.

A Compositional Explanation of the Pet Fish Phenomenon

The `pet fish' phenomenon is often cited as a paradigm example of the `non-compositionality' of human concept use.

Proceedings of the 11th workshop on Quantum Physics and Logic

Within the categorical compositional distributional model of meaning, we provide semantic interpretations for the subject and object roles of the possessive relative pronoun `whose'.

The Frobenius anatomy of word meanings I: subject and object relative pronouns

This paper develops a compositional vector-based semantics of subject and object relative pronouns within a categorical framework.

They also provide semantics for Lambek's pregroup algebras, applied to formalizing the grammatical structure of natural language, and are implicit in a distributional model of word meaning based on vector spaces.

The Frobenius Anatomy of Relative Pronouns

We survey some basic mathematical structures, which arguably are more primitive than the structures taught at school.

We discuss an algorithm which produces the meaning of a sentence given meanings of its words, and its resemblance to quantum teleportation.

We put forward a new take on the logic of quantum mechanics, following Schroedinger's point of view that it is composition which makes quantum theory what it is, rather than its particular propositional structure due to the existence of superpositions, as proposed by Birkhoff and von Neumann.

Mathematical Foundations for a Compositional Distributional Model of Meaning

We propose a mathematical framework for a unification of the distributional theory of meaning in terms of vector space models, and a compositional theory for grammatical types, for which we rely on the algebra of Pregroups, introduced by Lambek.