In recent years, the task of generating realistic short and long texts have made tremendous advancements.

The COVID-19 pandemic has created threats to global health control.

We find that adversarial texts generated by ANTHRO achieve the best trade-off between (1) attack success rate, (2) semantic preservation of the original text, and (3) stealthiness--i. e. indistinguishable from human writings hence harder to be flagged as suspicious.

Past literature has illustrated that language models do not fully understand the context and sensitivity of text and can sometimes memorize phrases or sentences present in their training sets.

One of the most essential tasks needed for various downstream tasks in career analytics (e. g., career trajectory analysis, job mobility prediction, and job recommendation) is Job Title Mapping (JTM), where the goal is to map user-created (noisy and non-standard) job titles to predefined and standard job titles.

To this question, we successfully demonstrate that indeed it is possible for adversaries to exploit computational learning mechanism such as reinforcement learning (RL) to maximize the influence of socialbots while avoiding being detected.

TURINGBENCH: A Benchmark Environment for Turing Test in the Age of Neural Text Generation

Due to the nature of mathematical texts, which often use domain specific vocabulary along with equations and math symbols, we posit that the development of a new BERT model for mathematics would be useful for many mathematical downstream tasks.

On top of the prediction models, we define a budget-constrained flight frequency optimization problem to maximize the market influence over 2, 262 routes.

Automated metaphor detection is a challenging task to identify metaphorical expressions of words in a sentence.

The segmentation results from all five methods are compared to each other in terms of segmentation quality and time efficiency.

Even though several methods have proposed to defend textual neural network (NN) models against black-box adversarial attacks, they often defend against a specific text perturbation strategy and/or require re-training the models from scratch.

Personalized recommendation based on multi-arm bandit (MAB) algorithms has shown to lead to high utility and efficiency as it can dynamically adapt the recommendation strategy based on feedback.

In recent years, the proliferation of so-called "fake news" has caused much disruptions in society and weakened the news ecosystem.

As the COVID-19 virus quickly spreads around the world, unfortunately, misinformation related to COVID-19 also gets created and spreads like wild fire.

In recent years, disinformation including fake news, has became a global phenomenon due to its explosive growth, particularly on social media.

Despite the recent development in the topic of explainable AI/ML for image and text data, the majority of current solutions are not suitable to explain the prediction of neural network models when the datasets are tabular and their features are in high-dimensional vectorized formats.

In recent years, \emph{search story}, a combined display with other organic channels, has become a major source of user traffic on platforms such as e-commerce search platforms, news feed platforms and web and image search platforms. 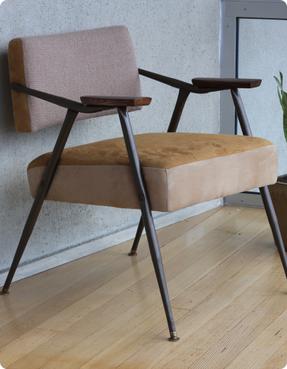 However, fake news detection is a non-trivial task, which requires multi-source information such as news content, social context, and dynamic information.

Regularizing Matrix Factorization with User and Item Embeddings for Recommendation