The sizes of pretrained language models make them challenging and expensive to use when there are multiple desired downstream tasks.

On Generalization in Coreference Resolution

Academic neural models for coreference resolution (coref) are typically trained on a single dataset, OntoNotes, and model improvements are benchmarked on that same dataset.

Active learning mitigates this problem by sampling a small subset of data for annotators to label.

We present LOME, a system for performing multilingual information extraction. 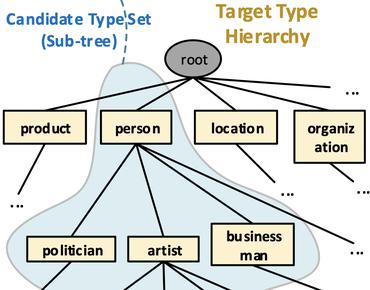 Copy mechanisms are employed in sequence to sequence models (seq2seq) to generate reproductions of words from the input to the output.

Pretrained contextualized text encoders are now a staple of the NLP community.

We investigate modeling coreference resolution under a fixed memory constraint by extending an incremental clustering algorithm to utilize contextualized encoders and neural components. 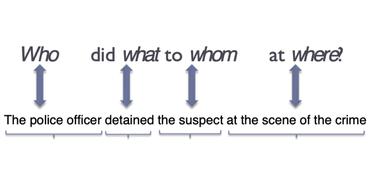 Lexically-constrained sequence decoding allows for explicit positive or negative phrase-based constraints to be placed on target output strings in generation tasks such as machine translation or monolingual text rewriting.

What do you learn from context? Probing for sentence structure in contextualized word representations

Work on the problem of contextualized word representation—the development of reusable neural network components for sentence understanding—has recently seen a surge of progress centered on the unsupervised pretraining task of language modeling with methods like ELMo (Peters et al., 2018).

Our results show that pretraining on language modeling performs the best on average across our probing tasks, supporting its widespread use for pretraining state-of-the-art NLP models, and CCG supertagging and NLI pretraining perform comparably.

Can You Tell Me How to Get Past Sesame Street? Sentence-Level Pretraining Beyond Language Modeling

Natural language understanding has recently seen a surge of progress with the use of sentence encoders like ELMo (Peters et al., 2018a) and BERT (Devlin et al., 2019) which are pretrained on variants of language modeling.

The Universal Morphology UniMorph project is a collaborative effort to improve how NLP handles complex morphology across the world's languages.

We present a method which generates a single consensus between multi-parallel corpora.

In sub-task 2, systems were given a lemma and some of its specific inflected forms, and asked to complete the inflectional paradigm by predicting all of the remaining inflected forms.

We present a dataset of manually annotated relationships between characters in literary texts, in order to support the training and evaluation of automatic methods for relation type prediction in this domain (Makazhanov et al., 2014; Kokkinakis, 2013) and the broader computational analysis of literary character (Elson et al., 2010; Bamman et al., 2014; Vala et al., 2015; Flekova and Gurevych, 2015).