Camouflaged object segmentation (COS) or Camouflaged object detection (COD), which was originally promoted by T.-N. Le et al. (2017), aims to identify objects that conceal their texture into the surrounding environment. The high intrinsic similarities between the target object and the background make COS/COD far more challenging than the traditional object segmentation task. Also, refer to the online benchmarks on CAMO dataset, COD dataset, and online demo. 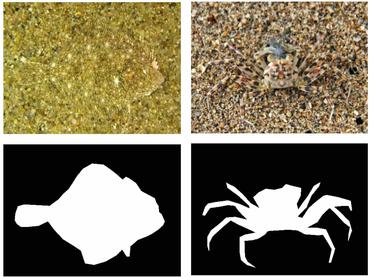 In this paper, we propose a simple yet powerful Boundary-Aware Segmentation Network (BASNet), which comprises a predict-refine architecture and a hybrid loss, for highly accurate image segmentation.

In this paper, we propose a predict-refine architecture, BASNet, and a new hybrid loss for Boundary-Aware Salient object detection. 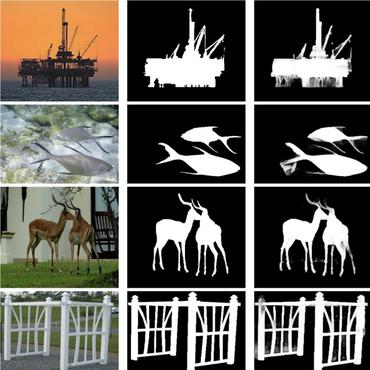 We present a comprehensive study on a new task named camouflaged object detection (COD), which aims to identify objects that are "seamlessly" embedded in their surroundings.

In the second step, we integrate the local edge information and global location information to obtain the salient edge features. 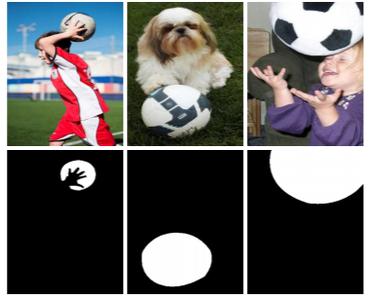 In this paper, we propose a novel Cascaded Partial Decoder (CPD) framework for fast and accurate salient object detection.

To address these challenges, we propose a parallel reverse attention network (PraNet) for accurate polyp segmentation in colonoscopy images.

We present the first systematic study on concealed object detection (COD), which aims to identify objects that are "perfectly" embedded in their background.

Different from existing networks for segmentation, our proposed network possesses the second branch for classification to predict the probability of containing camouflaged object(s) in an image, which is then fused into the main branch for segmentation to boost up the segmentation accuracy.