Introduced by Zbontar et al. in fastMRI: An Open Dataset and Benchmarks for Accelerated MRI 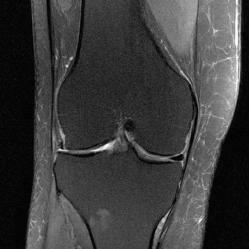