Introduced by Hupkes et al. in Compositionality decomposed: how do neural networks generalise? 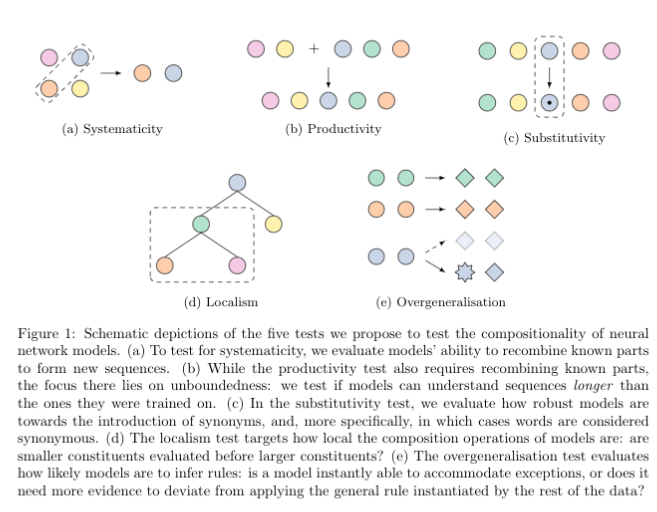 The input alphabet of PCFG SET contains three types of words: words for unary and binary functions that represent \emph{string edit operations} (e.g. $\texttt{append}, \texttt{copy}, \texttt{reverse})$, elements to form the string sequences that these functions can be applied to (e.g. $\texttt{A}, \texttt{B}, \texttt{A1}, \texttt{B1}$), and a separator to separate the arguments of a binary function ($\texttt{,}$). The input sequences that are formed with this alphabet are sequences describing how a series of such operations are to be applied to a string argument. For instance:

The input sequences are generated with a PCFG, whose production probabilities are learned with EM to match the depth and length distributions in a corpus with English sentences.

The output of a PCFG SET sequence, representing its meaning, is constructed by recursively applying the string edit operations specified in the sequence. For instance: