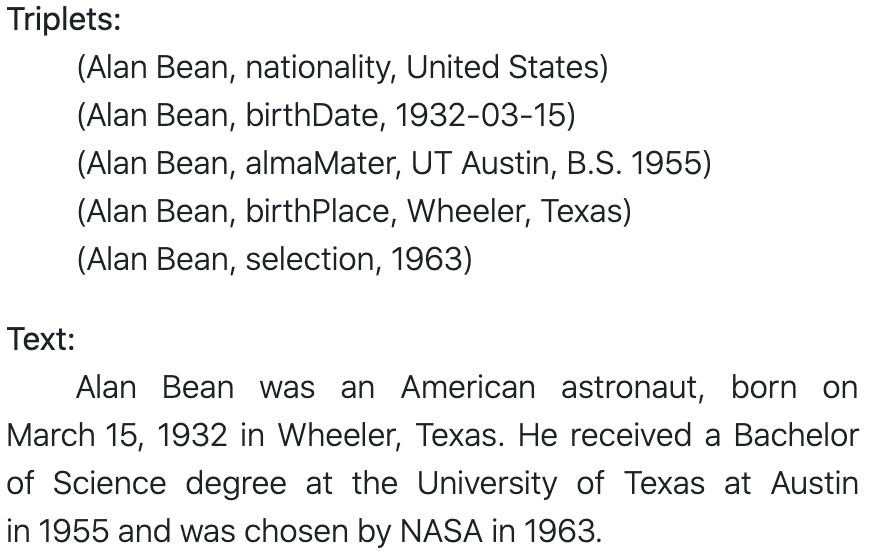 Initially, the dataset was used for the WebNLG natural language generation challenge which consists of mapping the sets of triplets to text, including referring expression generation, aggregation, lexicalization, surface realization, and sentence segmentation. The corpus is also used for a reverse task of triplets extraction.

Versioning history of the dataset can be found here.