Introduced by Bojar et al. in Findings of the 2015 Workshop on Statistical Machine Translation 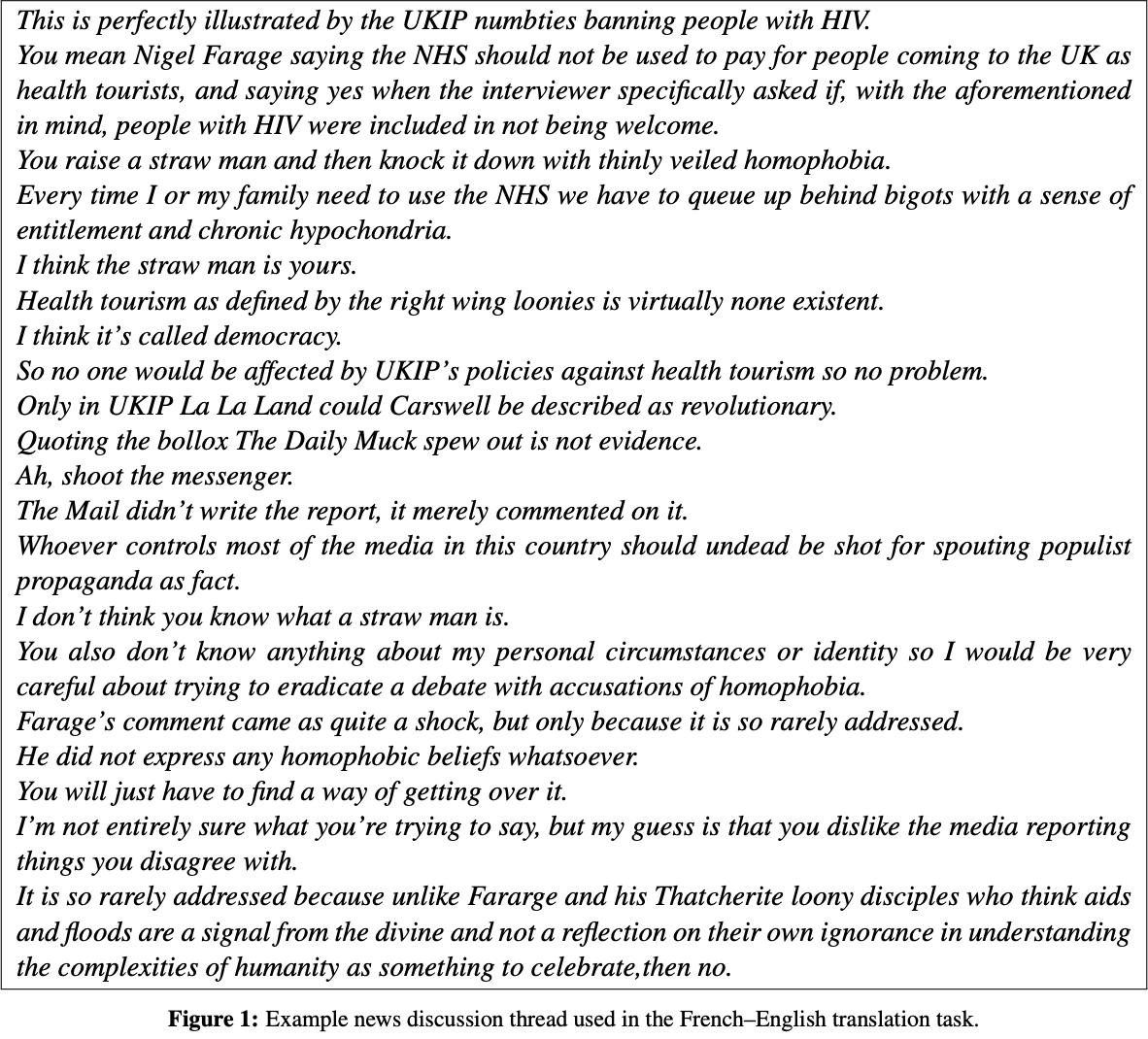 News translation is a recurring WMT task. The test set is a collection of parallel corpora consisting of about 1500 English sentences translated into 5 languages (Czech, German, Finnish, French, Russian) and additional 1500 sentences from each of the 5 languages translated to English. The sentences are taken from newspaper articles for each language pair, except for French, where the test set was drawn from user-generated comments on the news articles (from Guardian and Le Monde). The translation was done by professional translators.