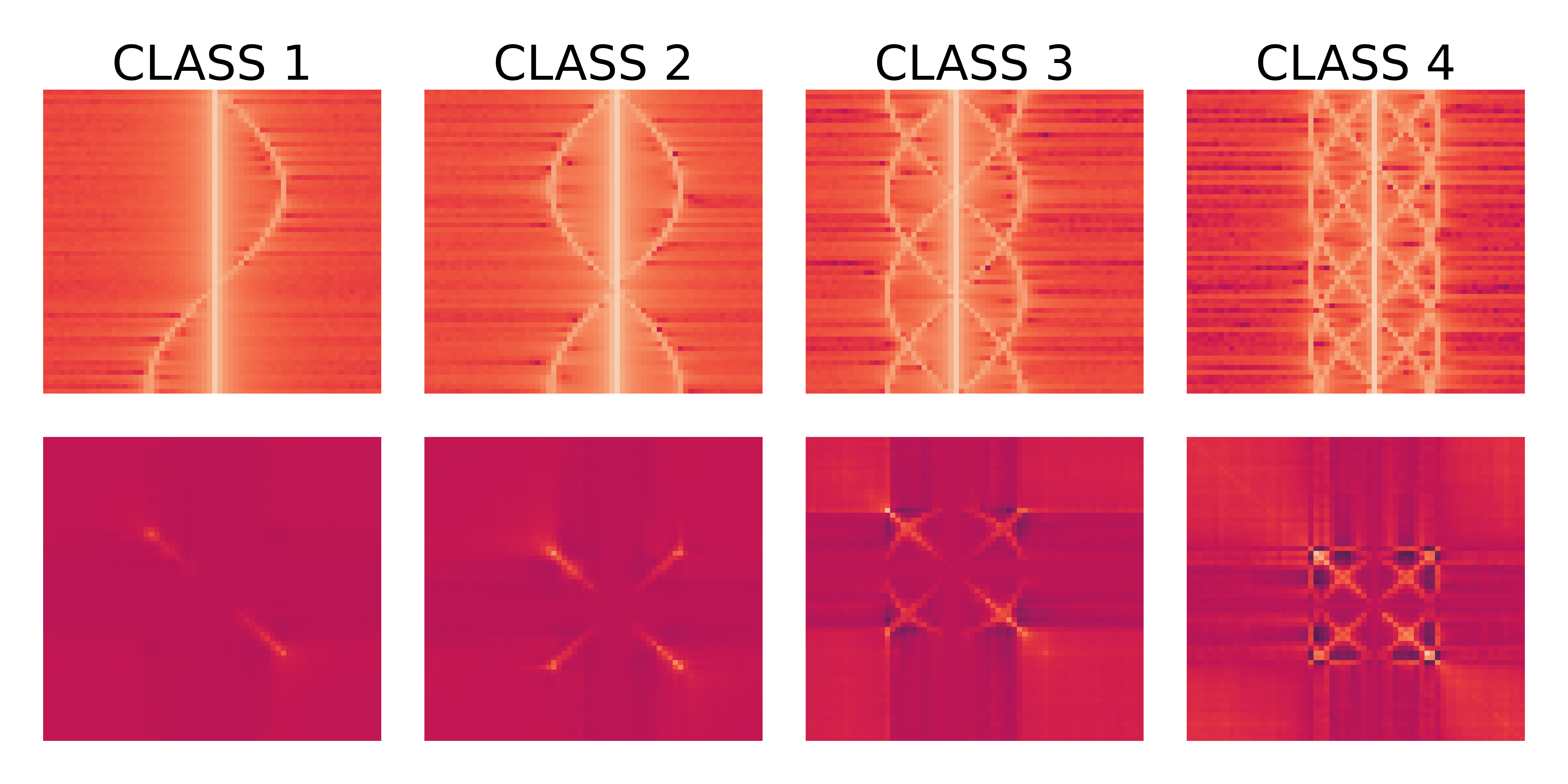 Simulated pulse Doppler radar signatures for four classes of helicopter-like targets. The classes differ in the number of rotating blades each kind of target carries, thus each class translates into a specific modulation pattern on the Doppler signature. Doppler signatures are a typical feature used to achieve radar targets discrimination. This dataset was generated using a simple open-source MATLAB simulation code, which can be easily modified to generate custom datasets with more classes and increased intra-class diversity.

Dataset can be easily used for supervised classification, out-of-distribution detection (near and far), unsupervised learning and modulation pattern segmentation. The code includes the generation of an SPD representation for each signature, thanks to the computation of a covariance matrix, thus allowing for second-order specific data processing (e.g. Riemannian neural network or tangent PCA).

Dataset used in the paper